After the calm of having fewer classes for the past two weeks it was back to full on teaching this week. Things were even busier with a staff member off and having to cover classes.

Here’s the overview of the past week:

S2 – we completed our work on volume and surface area with further practice of mixed questions. I displayed the answers to the questions on the board to provide a self-check for the pupils. (Questions taken from http://www.goteachmaths.co.uk). 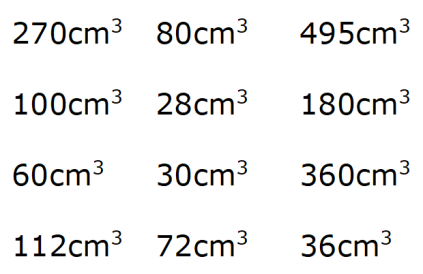 We also looked at questions that involved converting between cm³ and litres and millilitres. Again, there was a large number of pupils who didn’t know how many millilitres in a litre. Basic facts that I take for granted but seem to be missing from general knowledge of my pupils. Then we moved onto algebra with a focus on expanding single brackets. I used these two examples to introduce the idea and then spent some time practicing the skill of expanding a single bracket. 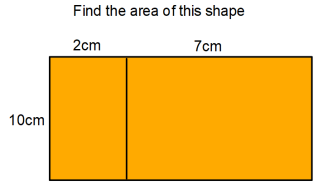 I’m not convinced that all my class fully understood the link between area and expanding brackets but at least some did!

The final part of my S2 lessons last week was to introduce them to my challenge grids. This was the first one we completed and will do one every week.

S3 – we spent some more time on simplifying expressions at the start of the week and I used this task from Chris McGrane’s Starting Points website. 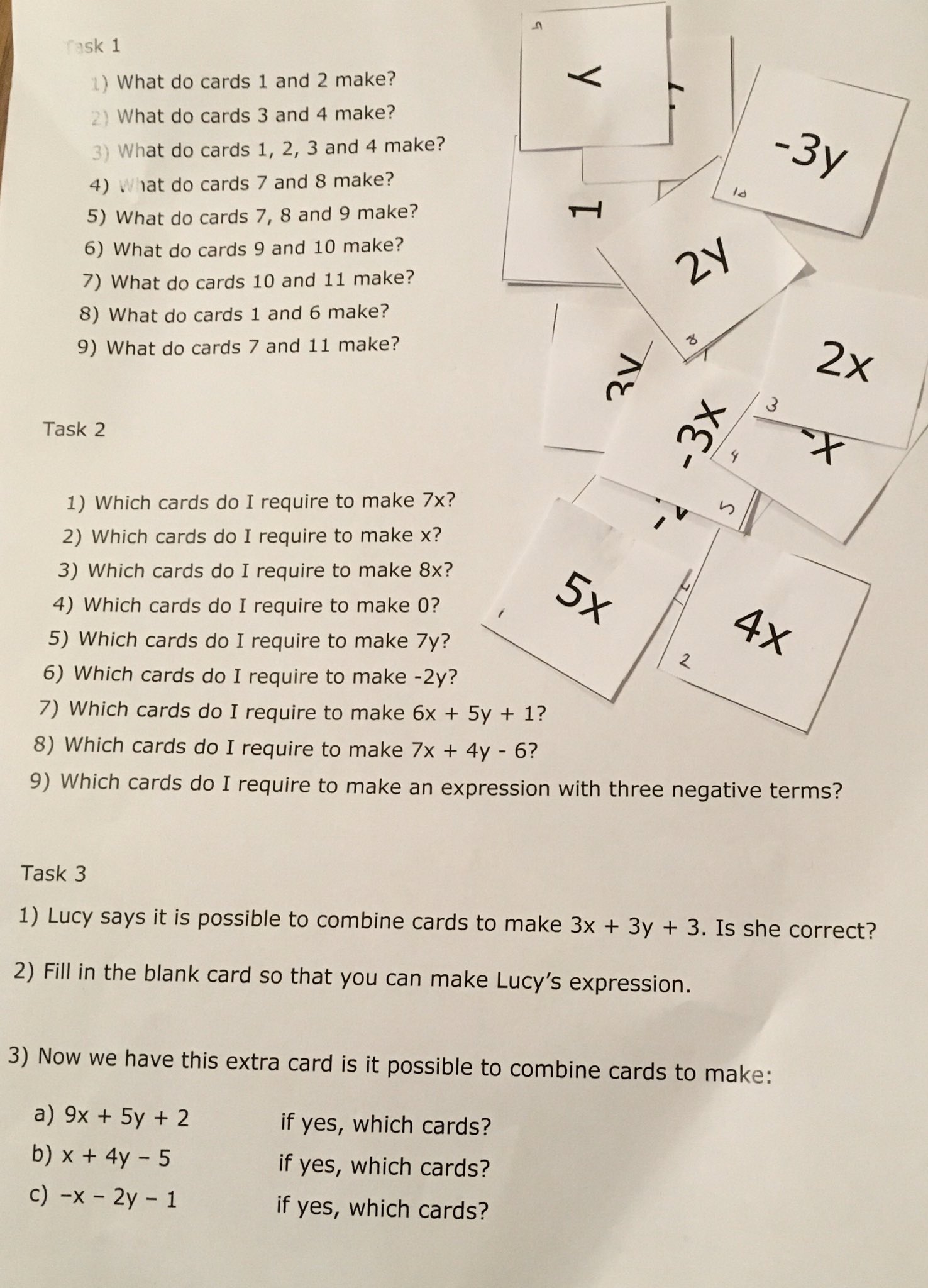 I adapted the sheet slightly to add in some more questions. The class loved the task. It provided a great way to reinforce the concept of collecting like terms and gave an added element of problem solving which can often be missing from simplifying practice.

After looking at simplifying using multiplication the class worked through this fab True or False sheet from Jo Morgan  www.resourceaholic.com I didn’t manage to get any pictures of pupil work but they really enjoyed the task and it helped cement the differences between simplifying by addition and by multiplication. Although they didn’t like it so much when I marked it and only told them the number they had incorrect.

N5 – my N5 class spent the week working on trigonometric graphs and getting their prelim feedback. I used Desmos to show the graphs and then we worked on using the graphs to help order trig values. This allowed the pupils to use the graphs and familiarise themselves with key features.

The rest of the week was spent exploring graphs of y=asinbx + c, y=acosbx + c and y = tanbx + c. I used the questions in the Trig graphs booklet found on Chris McGrane’s Starting Points website. The worksheets were perfect and provided enough practice and challenge for my class.

Higher – we completed the work on differentiation with optimisation, rates of change and sketching the derivative as well as prelim feedback. For optimisation I tried separating the prove part of the question from the differentiation part to try to focus in on the specific skills required for each part. However, the prove part still proved very tricky for most of my class. More work required here.

S1 Cover – when I covered my colleague’s class I was reviewing work on simplifying fractions. We started with some “I do, you do” so that I could see their level of knowledge then they complete a codebreaker and a worksheet from www.mathspad.co.uk.

We then finished with a Simplifying Fractions Shootout from www.goteachmaths.co.uk. Great fun.

While I had a really positive week when I was teaching my classes, this week was tough for me. A moment of honesty – with the results of our N5 prelims being  pretty poor, I am feeling pretty dejected. Not only as a teacher but as PT as well. I am starting to doubt that I actually have any clue about how to raise attainment and that I am being an effective teacher and leader. Whilst I know that there has been a major issue with this group of pupils not engaging with home study I can’t help feel that I have missed something along the way. Clearly interventions needed to happen and didn’t. With the current S3 not displaying great results at the moment I need to come up with something to change this around.